WELCOME :: MAIN MENU MOVED TO THE BOTTOM OF THIS BLOG

China's E-money: Can It Challenge the Dollar Hegemony?

Apr 24, 2021 The internationalization of RMB is an unstoppable trend. China wants to use its currency to buy resources and export products, and vice versa. With its growing dominance in manufacturing worldwide, it cannot tolerate being charged an exchange fee for almost every transaction it does with various countries every day.

The Oppressed Psyche of Iranians.

US Sanctions on ICC, Chief Prosecutor.

courtesy Amy Goodman 1 - redirecting money due to WHO 2 - withdrawing employees advising WHO 3 - will leave WHO 4 - refused to join effort to create Covid19 vaccination.

Birth of the black gold and petrodollar!

The Greatest Deal in American History Ever Made

The Bretton Woods system of monetary management established the rules for commercial and financial relations among the United States, Canada, Western European countries, Australia, and Japan after the 1944 Bretton Woods Agreement then under UN, World Bank, IMF & BIS the whole world until the Nixon Shock, the US unilaterally break it off!!!

Email ThisBlogThis!Share to TwitterShare to FacebookShare to Pinterest
Labels: News

IRAN DID NOT POSE ANY THREATS TO AMERICA

Excerpt from : How Soleimani's Assassination Violates International Law and Puts Peace Further Out of Reach.

Speaker : Phyllis Bennis speaking on Qassim Suleiman's also says Congress must stop Trump from taking the U.S. to war without any justification or provocation.

Courtesy of Amy Goodman on Democracy Now news.
As reported by The Guardian from a whistle-blower.

On jargon: the meaning of - the international community?

According to arwah Ali Sariati - this world is about religion vs religion (or whatever left of it)!

Religion is something one can bundle up many things - to create a worldview?

So - will there be a holywar in Venezuela? 👇

The Trojan horse was the earliest recorded military psyop. That psyop continues to be deployed on unsuspecting populations and it is just as useful as ever, but today's tricksters have donned the mantle of philanthropy, and their Trojan horses are not wooden statues but non-governmental organizations offering "aid" to foreign nations. In today's edition of The Corbett Report, we'll learn about how NGOs are the deep state's Trojan horses.

Debunking A Century of War Lies

In the modern age of democracy and volunteer armies, a pretense for war is required to rally the nation around the flag and motivate the public to fight. That is why every major conflict is now accompanied by its own particular bodyguard of lies. From false flag attacks to dehumanization of the "enemy," here are all the examples you'll need to help debunk a century of war lies.

Goldman Sachs is in the cross hairs of Malaysian and US investigators over its role in the 1MDB scandal. Two former executives have now been charged in the multi-billion dollar corruption case. The investment giant helped issue bonds worth $6.5 billion for the Malaysian state development fund, and investigators say that money was siphoned-off to the personal accounts of former prime minister, Najib Razak, and other officials. And as Mobin Nasir reports, Goldman has a long history of questionable deals, and not just in Malaysia. For more on the story, we speak to TRT World Editor-at-large Craig Copetas.

Inside the 1MDB scandal, how Goldman Sachs is to fare out

Tom Wright of WSJ, author of 'The Million Dollar Heist', joins 'Squawk Box' to discuss how Goldman Sachs could fare after getting caught in the crosshairs of the 1MDB scandal.

Costs of War: 17 Years After 9/11, Nearly Half a Million People Have Died in Global “War on Terror”


Nearly half a million people have died from violence in Iraq, Afghanistan and Pakistan since George W. Bush declared a “war on terror” in the wake of 9/11, according to a major new report from Brown University’s Costs of War Project. More than 17 years later, the war in Afghanistan is the longest war in U.S. history. Costs of War reports that more than 480,000 people have died from violence in Iraq, Afghanistan and Pakistan—including soldiers, militants, police, contractors, journalists, humanitarian workers and civilians. Several times as many people have died indirectly because of water loss, sewage and other infrastructural problems, and war-related disease. The wars have uprooted 21 million Afghan, Iraqi, Pakistani and Syrian people who are now refugees of war or internally displaced. The cost of the global so-called war on terror will soon surpass $6 trillion. We speak with Neta Crawford, director of the Costs of War Project. She is a professor and department chair of political science at Boston University.

International court of justice rule in favour of Iran

After the International Court of Justice ruled in Iran's favor on U.S. sanctions, the Trump administration pulled out of a 1955 treaty and announced a review of its relationship to the court. Trita Parsi, author and founder of the National Iranian American Council, says that when it comes to Iran, the U.S. is acting like a rogue state. Will European countries trading with Iran proceed with alternative structures by-pass their Central Banks & SWIFT in order to trade with Iran?

Email ThisBlogThis!Share to TwitterShare to FacebookShare to Pinterest
Labels: News

DO NOT PUT ISLAM IN A STRAITJACKET! 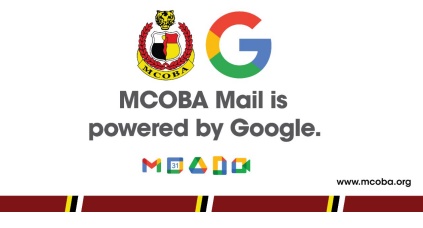 Kindly message me via my facebook below for the link:-

SiCKO :: A Must Watch Movie

GOLD : The Best Store of Value

Get the tweets from

TRIPS: The Story of How Intellectual Property Became Linked to Trade (1/7)

TRIPS: The Story of How Intellectual Property Became Linked to Trade (2/7)

TRIPS: The Story of How Intellectual Property Became Linked to Trade (3/7)

TRIPS: The Story of How Intellectual Property Became Linked to Trade (4/7)

TRIPS: The Story of How Intellectual Property Became Linked to Trade (5/7)

TRIPS: The Story of How Intellectual Property Became Linked to Trade (6/7)

TRIPS: The Story of How Intellectual Property Became Linked to Trade (7/7)

Wish you were here

The song remains the same.